The “lack of approval” from others to not do. They really were not held back by another person, they were held back by their own fear/insecurities. They hid behind the “lack of approval” as a way to not face the truth; “FEAR”. I have learned to dream big and believe in my abilities to achieve. I have learned to be accountable, taking responsibility on how I think, speak and act and not blame others for my lack. 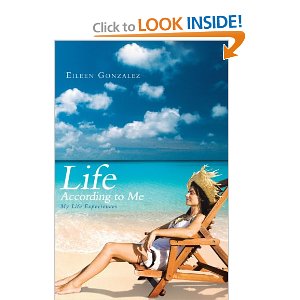 In my lifetime I have met a several people that never cared about others approvals, instead they had a vision and they held steady on their goals no matter how many times they came face to face with failure…….I learned from those people that failure was just a temporary setback and that if you are clear on where you are headed, you will not be distracted by challenges in the road.

In my lifetime I have met several people that think they know it all. Do you know any one like that? Before you tell your story, their story is bigger, before you tell them your idea, they know why it does not work, etc……… I have learned to not share my life with those people as they add no value or support to my life.

Today I know that I am open to learning, exploring and being myself and I LIKE IT.
Today I know that no matter what anyone thinks, they might not like my grammar, my accent, my color, my weight, my style, my education, I LOVE ME just as I AM.

You have the right and the responsibility to make it in life. Everyone has his own vision of what life is, and only you can determine what happiness means to you. What you need and what makes you happy can’t be found in a book and can’t be determined by friends or family. You might already know what you need and want, but you might be afraid to go after it. There may be feelings of not deserving, not being good enough, you name it. You are not alone; many of us go through these feelings on a daily basis.

Posted by Unknown at 5:21 PM No comments:

You can't lie to yourself

I can lie to you, change my story to make it sound nice, yet at the end I will know my truth…
I will know my life, my decisions and my consequences.

If you agree with this statement……then you will also agree it’s not worth it.
Lying means you are not happy with yourself, means you are ashamed of something or living in regret.

You can break free of that feeling of shame or regret, by just taking ownership of your story and being determined to becoming a better version of you.

Posted by Unknown at 3:24 PM No comments:

Time to get MOVING

This is the time to move forward and focus on the goal……..
It’s time to get moving 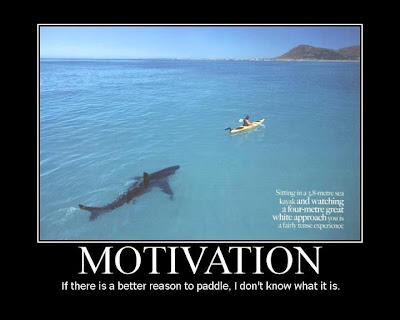 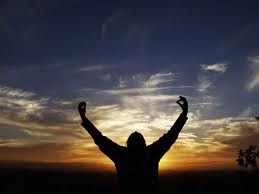 Posted by Unknown at 8:20 AM No comments:

Email ThisBlogThis!Share to TwitterShare to FacebookShare to Pinterest
You made a mistake and were called in to explain
You spoke before having the facts
You failed your exam
You banged up your car
You were late
etc etc etc.....

To all this just shout out "SO WHAT". It is true each of these are an inconvenience yet EVERYONE screws up from time to time and we will screw up even more often if we are hard on ourselves and try to not screw up.

It happens.....no need to dwell on what was done, let’s just find solutions to be better next time.
Posted by Unknown at 8:17 AM No comments:


October 27, 2003, was my first day at a new job. I was thrilled to be
starting in such a great company. However years prior, I was constantly
applying to this company, and all I received were thank-you letters telling
me they’d received my résumé and would keep it on file, blah, blah, blah.
(Perhaps you know that letter). I received so many of those letters that I
honestly felt I had no chance of ever working there. My sister was out of
work, and she had an opportunity to interview for a job in this company.
She suggested that I apply too, as she felt it was perfect for me. I had
written the company off my list, as I felt they did not want me. They
had rejected me so much already, and it would hurt even more if they
rejected me when I knew there was a job opportunity. Well, my sister
told me, “Eileen, you can do this. The worst that can happen is that you
don’t get the job, but you won’t know unless you try.”

Shortly after, I decided to send in my resume once more; however, this
time I sent an e-mail to the person who would be interviewing my
sister. I did not just send a resume; I sent him a cover letter in which
I essentially said, “You want to meet me.” I told him why I believed I
would be great for the position, and I topped it off by telling him that if
given the opportunity, he would agree that he would be making a great
decision to hire me. Honestly, what drove me to write that letter was the
frustration of being rejected so many times.

To my surprise, they called me in for an interview, and to my further
surprise, that interview went great. I interviewed with three managers,
and they seemed to like me. I was selling a product, “me,” and they were
buying in. After the interview, they asked me if I had any questions for
them, to which I responded, “When do I start?” They thanked me for
my time and told me they were still interviewing candidates. They said
they would let me know later. I went home feeling confident, but days
passed with no word from them. I followed up with a thank-you note
and again reassured them I was the right candidate. More days continued
to pass, and I had no news on the job. Again, I felt rejected, I knew I had
done everything I could to get the job and I also knew in my heart this
job was right for me. Exactly a month later, I received a FedEx package
with an offer from the company. I could not believe it. I was so happy.
I had to fill out forms, submit to a drug test . . . and pick a start date.
My start date was October 27, 2003.

I am thankful to my sister for encouraging me to keep trying.

Posted by Unknown at 6:56 PM No comments: 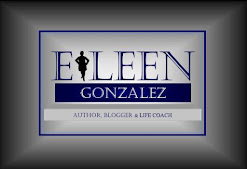 Life According to me

Have you ever felt stuck in a painful moment that keeps you trapped in sadness and uncertainty?

I want you to know that there is hope!

Or click here to purchase an unsigned copy at Amazon.com